2011 has been huge for vegans and animals in Texas. Lots of growth and innovation, and some tragedy, too. New vegan and vegetarian eateries seemed to open weekly. Houston may have began the trend with the opening of Green Seed Vegan, a cart serving wraps and smoothies. Radical Eats also started serving Houston some Tex-Mex and a brunch buffet after years of selling at farmers’s markets. In San Antonio, Vegeria opened and impressed everyone with their tamales and daily specials. Green Vegetarian also opened a second location in San Antonio. In Dallas, Jackalope Vegan food cart opened briefly, before self imploding, and in Fort Worth, Good Karma Kitchen opened after a long planning period that seems to have paid off. *Update*  A reader on Facebook noticed that I left off VSpot Cafe in Dallas. The restaurant was opened by the owner of Bliss Raw Cafe and has no relation to the restaurant in Brooklyn. The new vegan restaurant that got the most media attention was definitely the UNT vegan dining hall, Mean Greens. The first all-vegan college dining hall made a huge buzz and elicited countless news articles with tired jokes about vegans in Texas, but on campus it was received with pleasure and a bit of complacency. Veganism, vegetarianism, and healthy lifestyles are popular enough among college students that it didn’t seem remarkable to many students.

New community groups also popped up in 2011. Animal Rights and Rescue of North Austin and DFW Vegan Families both began, and a new vegan social group for San Antonio similar to Vegan Rocks Austin is in the works and should officially launch soon (check out their Facebook page for now).

The powerhouse partnership between Engine 2 Diet and Whole Foods has resulted in increased vegan options at Whole Foods. While some folks miss some of the greasier options that used to show up, I’m pretty happy to see lots of roasted vegetables, grains, and beans. An Engine 2 partnership has also transformed the town of Marshall Texas. An immersion, similar to the ones hosted by Whole Foods, called Get Healthy Marshall, made so many folks in Marshall reconsider their diets that new, healthful menu items have shown up on many restaurant menus and vegan cookbooks are constantly being added to the library. Get Healthy Marshall also holds potlucks and education events. In Houston, the first ever VegFest Houston was held by the Vegan Society of PEACE, and the Houston community turned out in support. I really admired how diverse the crowd was in Houston, and I’d love to see vegan communities elsewhere in Texas diversify. Dallas Vegan organized the second annual Texas State Veggie Fair. You know an event was good when the only complaint is that it was too successful!

World-wide Vegan Bake Sale in Austin at Monkey Wrench Books. Photo by Come and Fake It. Licensed under creative commons

In the fundraising arena, thousands of dollars were raised through vegan bake sales across the state, through a group of athletes running in the San Antonio Rock’n’Roll Marathon, and through the zine Sunny Days in Texas.

And in miscellanea, Vegans Rock Austin organized the first Best of Vegan Austin Poll. The results haven’t been announced yet, but I was so excited to have an opportunity to vote for my favorite spots. Celeste’s Best finally launched their cookie dough at Wheatsville Coop after years of work. Baby Zach’s began whizzing up beans to turn out some outrageous hummus flavors. 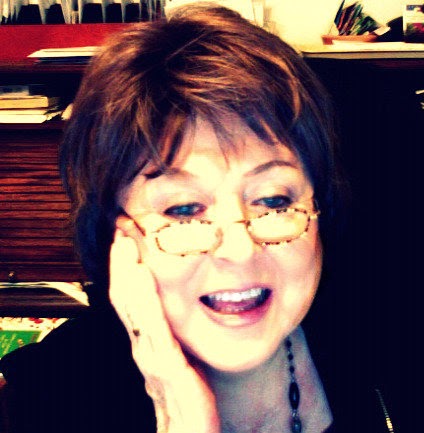 There were a few sad events in 2011 as well. Iggi’s Texatarian closed up shop in Austin. I will spend years dreaming about the Hail Seitan. Jackalope vegan self destructed rather fantastically and, unfortunately, publicly. Mercy for Animals released an undercover video [link contains graphic content] of abuse at a Texas dairy in Hart. While these videos are powerful tools for animal advocacy, it makes my heart ache to think of the mistreated animals (and all those whose mistreatment isn’t documented). We lost animal advocate and Lone Star Chili Cook-off creator Shirley Wilkes-Johnson. Her memory lives on in all the animal she helped.

I’m absolutely certain I’ve left out important items. Tell me what I missed in the comments! Have a great 2012, everyone. We’ve got a lot to live up to!