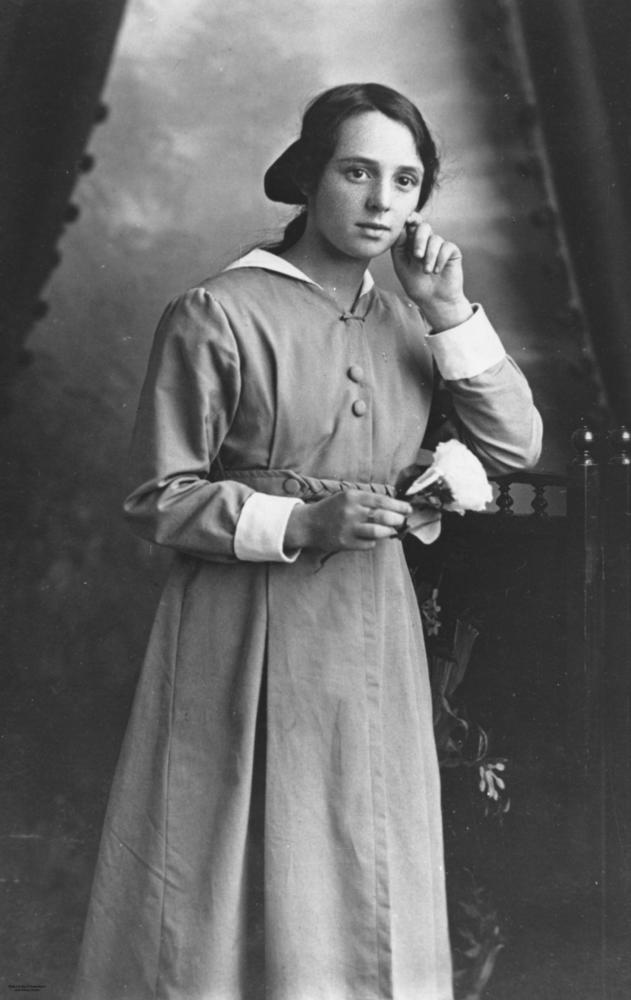 Thelma A. C. Osborne as a young woman

Almost a hundred years ago, noted hairstylist Thelma Agnes Catherine Osborne decided to enter into an examination of the disturbing trend in American levels. For years, she’d noticed a decline in mood, one that couldn’t be attributed solely to world events. Osborne was a curious free thinker who was convinced that the answer to America’s problems was within her reach.

Osborne tried many things. Varying hairstyles, special orthotics, daily nodding sessions. Nothing seemed to work. Until one day Osborne stumbled upon the answer. She was in a hurry to finish her lunch before her next client when she noticed she forgot to bring utensils. She borrowed a tortilla from a coworker, dumped her lunch inside, and the T.A.C.O. was born.

That very afternoon she noticed her levels were through the roof. She had tried other foods in the past with no luck and had given up on finding a nutritional answer to her quest. The next day she repeated her lunch experiment and noticed the same thing. Convinced she was onto something, she quit her job and began traveling around the world searching for the truth.

She noticed that those populations that included plenty of tacos in their diets were happier, smiled more, and rarely forgot to feed their pets. She began carrying around tacos with her to give out to the tacoless. And the results were conclusive. Moods were lifting wherever she went.

Eventually, Osborne returned to the United States and published her findings in the Journal of Energies and Levels. Her paper On the Origin of Happiness in Populations Deficient in T.A.C.O.s and the Optimal Way to Manage Levels eventually was lost to the passage of time, but her influence on us all lives on in the taco cleanse.

Today, a noted group of taco scientists endeavor to recreate her experiments. Their research has been covered in many notable publications, including Jezebel, Thrillist, and Culture Map. A guide to taco cleansing will be released at the conclusion of their experiment so that everyone can benefit from their research.

4 thoughts on “On of the Origins of Taco Cleansing”