Alin brought me a funny/weird/fascinating box of “Veggie Ribs” from her recent trip to Portland (the contents of which, hilariously enough, were produced in Tomball, Texas!). Basically, it’s a boxed seitan mix. You add tahini (or peanut butter), water, and margarine, then bake with BBQ sauce. Now, I don’t have anything to compare this to, having never, in all my 25+ years as a Texan meat-eater, been able to bring myself to eat a rib. But I can say they were fairly flavorful, chewy, nicely browned and crunchy around the edges, and interesting. If I had another box, I would make them again. Or, I might just make seitan strips marinated in BBQ sauce in the future.

This was also the first time I’ve made BBQ sauce from scratch – I used the Veganomicon recipe, and was very pleased. Now I have a whole 4 cups of BBQ sauce in my fridge! Cost? One onion and some pantry staples. Awesome!

The New Farm Macaroni and Cheese recipe is here, and the Southern sweet potatoes are here (unmashed this time around).

I did my weekly shop at Wheatsville last night, and couldn’t resist the Southern Fried Tofu beckoning from the deli case – it looked especially crispy and savory today. So I decided to make it into a sandwich! I toasted some wholegrain bread, melted some FYH Monterey Jack on it, and added Vegenaise and mixed greens before throwing on the heated tofu patty, and the result was DELICIOUS, Y’ALL.

Which reminds me, did you know there’s a blog about veganizing Paula Deen recipes?! I’m ashamed I didn’t think of it myself.

I added a little bit of my own Fieldmarshal’s Basic Tex-Mex Enchilada Sauce, as the my sauce (following the Wasabimon recipe) seemed a bit too salsa-like, all chunky and relish-like, and enchiladas need some saucy glue to hold things together. So I used my basic sauce to roll the tortillas, poured the unused spoonful over the top, and then decorated the whole thing with the onion-based sauce, which I made liberal changes to, based on available ingredients.

I served this up with black beans and a big dollop of Sour Supreme. It was pretty tasty; potatoes make an excellent vegan enchilada filling, and the chard added color and texture while packing a heathly punch. I think next time I might try a variation of my sauce, with a little queso and Sour Supreme mixed in, and a garnish of additional, barely-steamed greens. 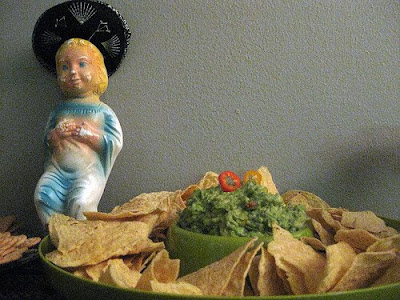 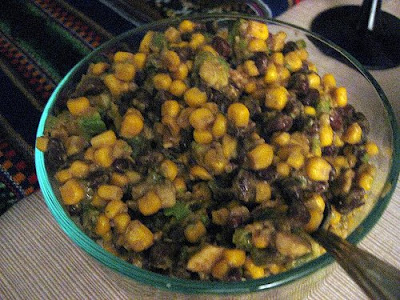 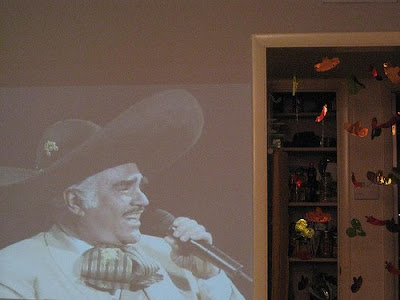 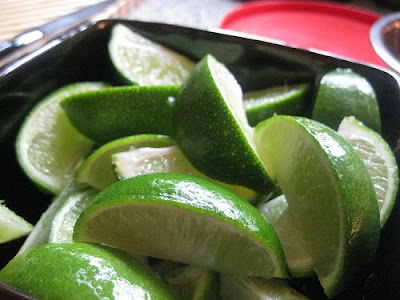 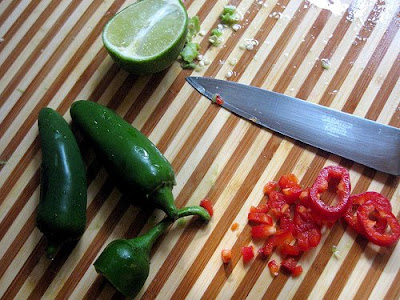 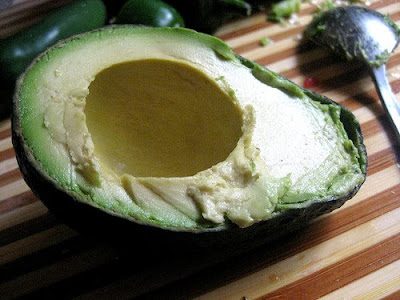 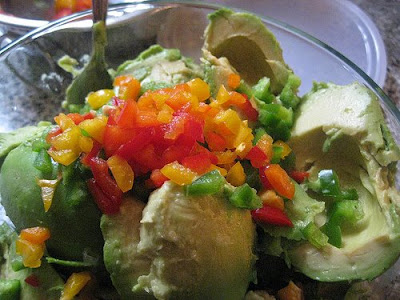 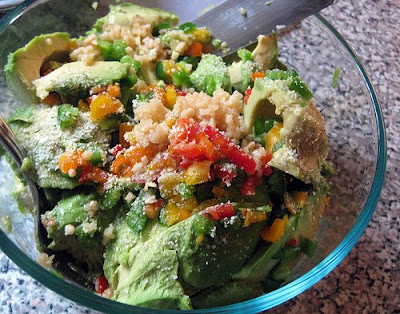 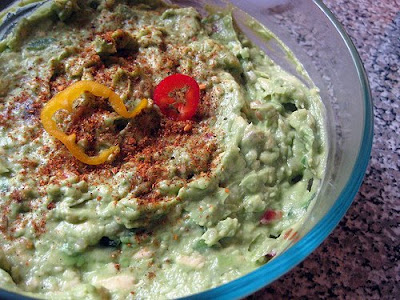 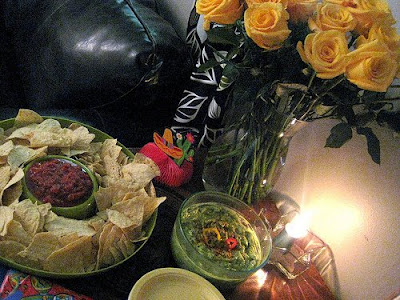 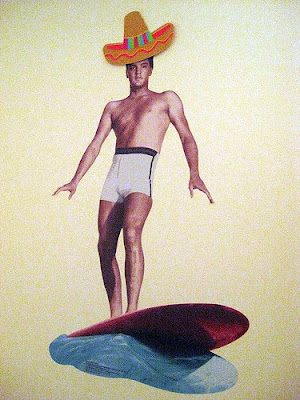 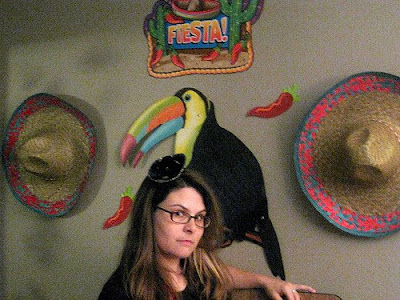 Here’s what I had: 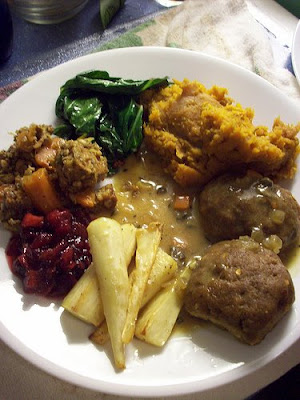 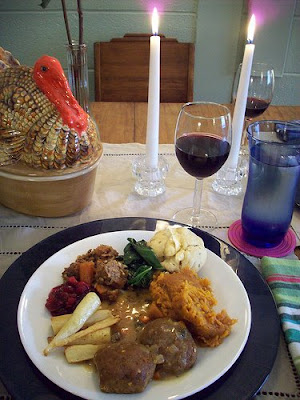 We finished up with some coconut cream pie, also from Wheatsville. 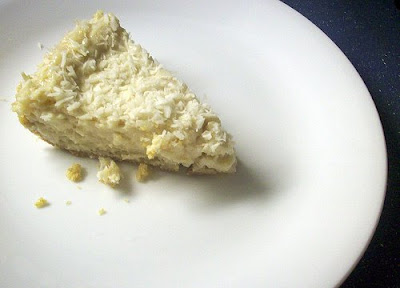